In political terms, it’s blindingly obvious why. A federal election is in sight. The Coalition is vulnerable on this issue, having spent years obstructing a deeply necessary inquiry that unearthed a trove of malfeasance – case studies that still beggar belief. Scott Morrison at one point opined rashly that calls for a royal commission into the banking sector (after a string of scandals that, in the end, proved the tip of the iceberg) were a “populist whinge”.

To do anything other than saying “yes Kenneth, thank you Kenneth” would have been politically untenable, and the Coalition is desperate to avoid a fight with Labor on Big Bad Banks, its preferred territory.

By saying yes, and pronto, the government is hoping to shut a potent political issue down, burying it in a blizzard of worthy implementation.

So it’s yes to more than 24 potential prosecutions (only Westpac escapes), earmarked carefully by Hayne but ultimately left to the discretion of the regulators – which will be a relief to the government, rather than particular bankers being named and shamed; yes to ending conflicted remuneration; yes to an overhaul of mortgage broking; yes to a regulator to watch the corporate and banking regulators (and a possible new independent prosecutorial body if they fail to get their act together); yes to Asic becoming a regulator that actually likes going to court; yes to an industry-funded compensation scheme of last resort.

There is one maybe in the government response and that relates to remuneration for mortgage brokers. Hayne says the borrower, not the lender, should pay the mortgage broker a fee for acting in connection with home lending. The government says sure, but we have to be wary about the impact of that change on competition (which means we don’t want the big banks to dominate the market).

Hayne, in his final pass at the banks, points the finger squarely at Australia’s largest financial institutions, and says their boards and senior executives bear primary responsibility for the poor conduct laid out in his commission over many months. The commissioner says the time has come to do more than say sorry for the past, and make reparations.

With a big mop-up job to implement, the treasurer Josh Frydenberg, as well as trying to neutralise a dangerous political fight, has taken the opportunity to project some emotional intelligence with the government response. The financial services sector, he says, has breached existing laws, and has failed to serve customers.

“The price paid by our community has been immense and goes beyond just the financial,” the treasurer said. “Businesses have been broken, and the emotional stress and personal pain have broken lives.”

The Frydenberg finger is then duly wagged. “My message to the financial sector is that misconduct must end and the interests of consumers must now come first. From today the sector must change, and change forever.”

All very well to say in the world of the soundbite. Much harder to do, when dealing with corporate behemoths that regard themselves as too big to fail, and too profitable to be pushed around by regulators or governments.

When it comes to a long-term prognosis, Hayne’s comments in relation to the big four banks are instructive. He says the Commonwealth Bank is “well aware of the size and nature of the tasks that lie ahead”. He has “little doubt” that the current leadership of ANZ understands what needs to happen. 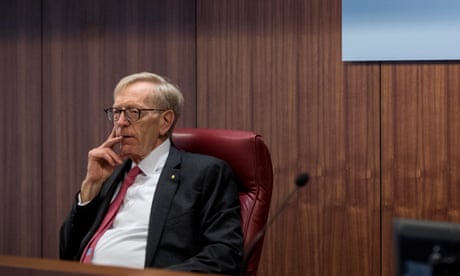 Westpac’s report card is slightly more mixed. It has the challenges of “seeking to maintain at least some aspects of its wealth business”. “Only time will tell” if the institution will follow through on resetting its relationship with Asic.

The National Australia Bank comes in for a particular kicking. Hayne says that having heard from the NAB chief, Andrew Thorburn, and chairman, Ken Henry, he is “not as confident as I would wish that the lessons of the past have been learned”.

“More particularly, I was not persuaded that the NAB is willing to accept the necessary responsibility for deciding, for itself, what is the right thing to do, then having its staff act accordingly. Overall, my fear – that there may be a wide gap between the public face NAB seeks to show and what it does in practice – remains.”

The royal commissioner’s comments in relation to the regulators are also instructive. Hayne says the delightfully apt “twin peaks” structure of Apra and Asic – where prudential regulation is separate from conduct regulation – should remain.

But his concerns about people sitting on their hands make clear he thought long and hard about taking prosecution responsibilities away from Asic, and giving them to a specialised, DPP-style litigation agency. Hayne notes that separation could eliminate the risks of regulatory capture.

The commissioner brought himself right to the brink of that recommendation, a “radical change” as he puts it, but then pulled back. He could not fully forecast the effects of the shift, “but more importantly” Asic had acknowledged that its enforcement culture must change. “It should be given time to demonstrate that changes can be made and to demonstrate that, once made, the changes are durable,” he said.

So, what now? There are many thresholds to come. Does the government get what it wants, which is a “me too” from Labor, and the issue off the front page by Friday? 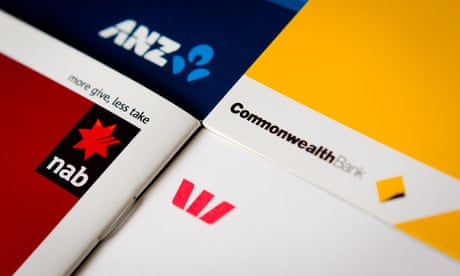 Timeline: banking scandals in Australia since 2009

That seems ambitious, given every participant in the political system has returned to the election year with the gloves off. But a big yes to Hayne makes it harder for Labor to prosecute a “government cosying up to the banks” narrative. They will persist, but it’s a bit harder to scale the mountain without grappling hooks.

The government has bought Hayne and his reasoning holus bolus, quick as a flash, because the political cycle provides the Coalition no surplus time for rumination. The speed is driven by politics, not substance.

But while it is clear that Hayne has brought clear eyes and crisp reasoning to the diabolical corporate behaviour revealed through this inquiry, there will be legitimate debate about whether his recommendations go far enough to bring durable change in culture and practice in a sector which has arrogantly disgraced itself in full public view.

Some, particularly the victims who lost everything, will feel the kicking the banks are about to get is not profound enough.