ExxonMobil not expected not to pay any tax until 2021,
because it would offset current losses against
its future taxable income.

ExxonMobil told a Senate inquiry on Wednesday 14th Mardch 2018 that it did not expect to pay any Australian corporate tax until 2021, meaning it would not have paid the tax for eight years, and was again accused of misleading the inquiry over its links to tax havens.

The oil and gas giant’s Australian tax affairs have faced close scrutiny since the release of an investigation by the Tax Justice Network (TJN) last year that exposed a complex web of hundreds of foreign subsidiaries designed for tax avoidance.

The allegations prompted a fresh hearing of the Senate’s corporate tax inquiry on Wednesday, where unions slammed the company as a “very, very bad corporate citizen”.

ExxonMobil told the inquiry on Wednesday that it did not expect to pay corporate tax in the next three years. It had paid no tax since 2013 because of the “unique” circumstances it was facing, after years of huge capital investment. 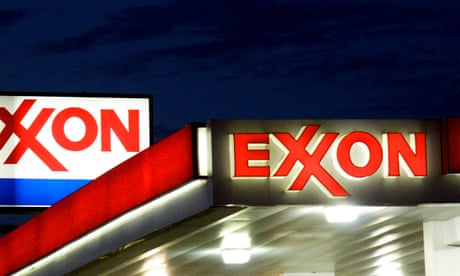 ExxonMobil Australia ‘failed to disclose links to Bahamas and Netherlands’

It expected not to pay any tax until 2021, because it would offset current losses against its future taxable income.

Last year’s TJN report exposed the company’s web of hundreds of foreign subsidiaries, and showed its Australian operations were ultimately owned by entities in the Netherlands, a nation increasingly known for tax avoidance, and the Bahamas, a jurisdiction with no corporate tax.

The TJN accused the company of using related-party loans between its internal subsidiaries to reduce taxable profits in Australia, an allegation the company strongly denies and describes as “baseless”.

Wednesday’s inquiry heard ExxonMobil had not disclosed its links to the Netherlands or Bahamas entities to either the Australian Securities and Investments Commission or to a previous hearing of the Senate inquiry.

The Tax Justice Network’s Jason Ward, who led the investigation, said Exxon must be punished for the deception. 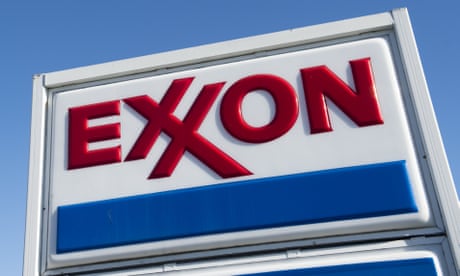 He said their actions and statements show “complete disrespect” for the committee and the Australian people, and mirrored ExxonMobil’s global track record of “arrogance and disrespect”.

“Exxon did mislead this committee in 2015, and there should be consequences,” Ward told the inquiry on Wednesday. “Why is Exxon continuing to hide the facts?”

“And therefore we find the accusation very disappointing.”

ExxonMobil released new data on its financial affairs and structure to counter what it described as “misinformation” and “innuendo”.

Owen said ExxonMobil had “decades and decades” of paying tax in Australia, including more than $2bn since 2000, averaging $200m a year.

In the 1970s and the 1980s, the company was providing 14% of all government tax receipts, the inquiry heard.

ExxonMobil said it was now in a unique position due primarily to the cost of $21bn in capital investment in Australia over the past decade, including in its operations in the Bass Strait and Western Australia.

Lower prices were driving down income, the company said, and there was a high cost associated with the debt it had taken on to fund its investment.

“We are in a unique period, and expect it to be short-term in our corporate history, with no income tax paid since 2013,” Owen said. “And that’s due to the recovery of invested capital, lower prices that are driving down income, and the cost of debt to fund the significant amount of investment … that we’ve made.”

It had received two related-party loans, one from its US parent company, and another from the Bahamas entity worth $1bn. The company said it used about 2% of the loan to partially deduct from its taxable income.

The inquiry heard the Australian Tax Office had audited ExxonMobil.

After the TJN’s report, ExxonMobile used a submission to the inquiry to accuse Ward of defamation. ExxonMobil has sued outspoken individuals who have criticised it in the United States, the inquiry has heard.

The Labor senator Doug Cameron said it was the first time in 10 years he had seen such a threat, and said he would be “very concerned” if the multinational was trying to intimidate a witness.

Owen denied the statement was meant as a threat. But he said the TJN’s allegations were defamatory and misled the inquiry.

The company has paid the petroleum resource rent tax for its operations in Australia, the inquiry heard. ExxonMobil said it had paid $440m a year for the past 14 years through the PRRT.

But even the PRRT, a royalty scheme, was not achieving fair or adequate returns from companies extracting Australia’s natural resources, the inquiry heard.

Both BHP and ExxonMobile operate a joint venture in the Bass Strait, but ExxonMobil had paid far less in PRRT.

The inquiry heard a lack of transparency with the royalty scheme made it difficult to understand why there was such a divergence.

Bob Lee - May 15, 2019 0
Interactive: Everything you need to know about Adani – from cost, environmental impact and jobs to its possible future ABC News: Nationwide, a majority of voters...

How to transition from coal: 4 lessons for Australia from around...

Bob Lee - May 14, 2019 0
If you’ve ever wondered why so many Australians oppose coal, but coal keeps coming out of the ground, then a new short film by...

Bob Lee - May 9, 2019 0
The coal industry has infiltrated Australia's federal government through a secretive network of ties, working to influence Australia’s political decisions at the highest level:...

How a power station sold for peanuts became a $730 million...

Political donations 2017-18: search all the declarations by Australian parties

Bob Lee - February 1, 2019 0
Today Australian voters have discovered who was bankrolling the nation’s political parties more than 18 months ago. Gambling lobby gave $500,000 to Liberals ahead of...

Why does the Carmichael coal mine need to use so much...

Bob Lee - January 16, 2019 0
The Great Artesian Basin is one of the largest underground water reservoirs in the world. It underlies 22% of Australia’s land area, beneath the...

Bob Lee - July 1, 2018 0
High electricity prices are here to stay, according to a new Grattan Institute report that calls on politicians to tell Australians the truth about...

You can’t just call any risk a sovereign risk

Bob Lee - March 7, 2018 0
What is 'Sovereign Risk' Sovereign risk is the risk that a central bank will impose foreign exchange regulations that will significantly reduce or negate the value of...

The Last Days of Coal?

Become a Supporter
by donating $1.00

Unlike many online news portals, Pigsfly Newspaper doesn’t hold any annoying advertising, we don’t try and sell you anything nor have we put up a paywall – We want to keep my communiques as open and honest as we can.

But we need your help!

BECOME A SUPPORTER FOR $1 A MONTH

Your support is crucial to maintain Pigsfly Newspaper

Each year Pigsfly Newspaper cover a range of topics including:

Political nonsense, spin, plain bulls**t, lies and fabrications
Lobbyists
Political donors
Gambling lobbyists and all that entails
Mining and Energy tax avoidance not in the least our continual focus on the ongoing rape of Australia’s precious resources
Tax avoidance and the industry that supports and profits
New twists on business perspectives
Old twists on political party electioneering rorts rip offs and such like
Photography
Music and
Fascinating bits and bobs you would be hard pressed to find elsewhere.

For 2018 several Pigsfly Newspaper Long Reads are planned.
On the drawing board include:
• Politicians and their “Entitlements?”
• The FUA Awards and
much much more

Your support – click below – is greatly appreciated and helps us, continue to help you.

ExxonMobil, Chevron, Shell paid no tax in Australia for 2016

MELBOURNE (Reuters) – Exxon Mobil Corp (XOM.N) and Chevron Corp (CVX.N) paid no tax in Australia in the 2016 financial year, the third year in a row, despite reporting billions of dollars in income from operations in the country, a report from the tax office showed 2016

The joke of the century  “Australia’s Tax System”  “On the back of solid growth in company profits and higher commodity prices, we are seeing a strong increase in company tax collections in 2016-17 which will be reflected in the data next year,” Australia’s Deputy Tax Commissioner Jeremy Hirschhorn said in a statement released with the tax data.

Exxon said it had no taxable income as it has invested nearly A$18 billion over the past few years on major projects including Gorgon and the Kipper Tuna Turrum field.

How to transition from coal: 4 lessons for Australia from around the world

“Bushfire Brandalism” Pedestrians in some suburbs of Melbourne, Sydney and Brisbane would have walked straight...
Read more
Business

View from The Hill: A tax cut that will ‘pay your...