A new report shines a critical light on the links between mining companies, lobbyists and politicians, pointing to the Indian mining giant Adani as an example of how a company with a questionable record overseas can still gain mining approval in Australia.

It warns the political mining complex in Australia’s two biggest mining states, Western Australian and Queensland, is “susceptible to corruption” due to key weaknesses in their approvals regimes, including inadequate due diligence investigation into the companies and individuals applying for mining leases.

It also criticises the “revolving doors” of personnel between government and industry broadly, and political donations regimes. 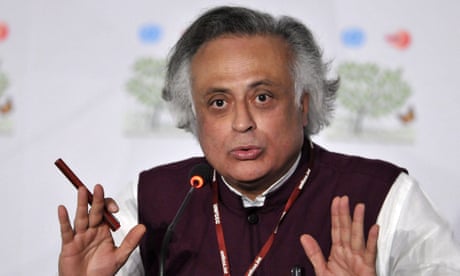 Its authors conducted 47 interviews with experts from government, industry, civil society, academics, Indigenous traditional owners and consultants in Perth and Brisbane to gather its evidence. Its list of key weaknesses in the mining approvals regimes is long.

The researchers says “industry influence” is a corruption risk in Australia, particularly with regard to large infrastructure project approvals in Queensland and WA.

The report notes the mining industry has disclosed donations of $16.6m to major political parties over the past 10 years (2006-07 to 2015-16), and warns the under-regulated system of political donations can allow special interest groups to attempt to influence policy-making at all levels of government.

It highlights the “revolving doors” of personnel between government an industry as a risk in Australia generally.

It points out 191 of 538 lobbyists (35.5%) registered by the Department of the Prime Minister and Cabinet, as of September 2016, were former government representatives.

The researchers also warn government departments involved in the mining approvals process in Queensland and WA do not undertake adequate due diligence into the character and integrity of applicants for mining leases, including companies’ track records overseas, and investigations of their financial capacity do not involve an examination of beneficial ownership to understand who the real owners are.

In Queensland, even though mining proponents are required to provide details of their environmental record, there is no requirement to report non-compliance with environmental law or breaches outside Australia.

The researchers warn that this creates the risk that companies with a history of non-compliance, criminal or corrupt behaviour, a record of environmental damage, or other poor business conduct, such as human rights violations, can operate in Australia.

BHP Chief Executive Officer, Andrew Mackenzie, said: “Our performance in the first quarter keeps us on track to deliver seven per cent volume growth in the 2018 financial year. 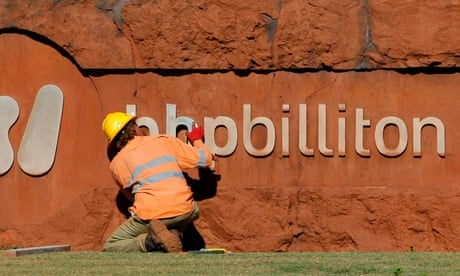 BHP agrees to rethink its links to Minerals Council of Australia

“A number of these factors have arguably been at play in the case of Adani’s Carmichael coalmine,” the report says.

“In the environmental impact assessment for the Carmichael coalmine, February 2013, the proponent Adani Mining, an Indian multinational corporation, stated that it ‘has not been subject to any proceedings under a commonwealth, state or territory law for the protection of the environment or the conservation and sustainable use of natural resources’. Yet there is evidence that Adani has failed to comply with laws and environmental permits in India.

“An investigation in December 2010 by officials from the Indian Ministry of Environment Protection and Forests into the Mundra port and special economic zone operated by Adani Ports found destruction of mangroves, creek systems and natural seawater flow by reclamation, and development of a township, airport and hospital without the proper environmental records.”

Guardian Australia reported last month that Adani had been accused in India of fraudulently siphoning hundreds of millions of dollars of borrowed money into overseas tax havens, by inflating invoices for an electricity project in India.

The Directorate of Revenue Intelligence (DRI) file, compiled in 2014, mapped out a complex money trail from India through South Korea and Dubai, and eventually to an offshore company in Mauritius allegedly controlled by Vinod Adani, the older brother of the billionaire Adani Group chief executive, Gautam Adani.

Vinod Adani is the director of four companies proposing to build a railway line and expand a coal port attached to Queensland’s vast Carmichael mine project.

The Adani Group said in a statement to the Guardian on behalf of itself, its subsidiaries and Vinod Adani that it “strongly denies the allegations of overvaluation”.

The Institute for Energy Economics and Financial Analysis also warned this week that Adani’s ambitions in Queensland faced a new risk, with the company having to refinance more than $2bn in debt on the Abbot Point coal terminal – more than it paid for the port in 2011.

“While Australia has systems of transparency an accountability in place, more needs to be done to address transparency of negotiation processes and agreements, including native title parties,” Serena Lillywite, the chief executive of Transparency International Australia, said.

Originally appeared 4 Oct 2017 in the Guardian: Article by Gareth Hutchens

A House Of Cards In Australia

BUSINESS Bob Lee - Modified date: July 15, 2020 0
Your entire life savings has evaporated overnight, but not because some anonymous fraudster had stolen it. It happened because the very banking institution that regulators...

Bob Lee - Modified date: May 29, 2016 0
Imagine a world where our politicians suffered real consequences when they mislead the public with a lie. A world where politicians had to work together...

The Health Effects of Leaving Religion

How to make yourself invisible in light painting photos

The Incredible Brain Of Simone Biles