Workers at Google Ireland, the search groupâ€™s European sales hub, earn less than half the Â£160,000 average wage of colleagues in London despite the British sales team only providing a supporting role to their Irish counterparts.

Google bosses will be grilled by parliamentâ€™s public accounts committee this week over how they have managed to continue with their controversial Irish tax structures in the face of repeated promises from politicians to close these arrangements down.

Who will speak for Brittin? Not MPs on the warpath over Google

The relationship between Google sales teams in London and Dublin is likely to be at the heart of MPsâ€™ questioning.

Four years ago, Matt Brittin, Googleâ€™s European sales boss, told MPs that staff in the UK only encourage British advertisers to buy from the search group, but the advertisers ultimately buy â€œfrom our expert team in Dublinâ€.

He stressed: â€œAnybody who buys advertising from us in Europe buys from Google in Ireland from our expert team.â€

This is less than half the Â£160,000 average salary paid to the 2,300 staff at Google UK, most of whom are employed to support the work of the Irish company. 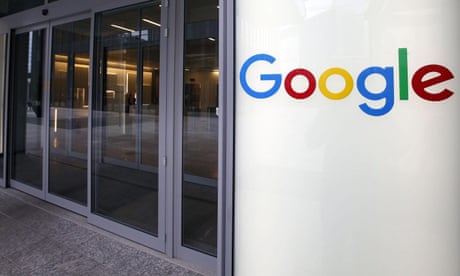 On Thursday, Brittin will appear before the public accounts committee to answer questions about Googleâ€™s tax affairs for the third time. In particular, MPs want to ask questions about a Â£130m tax settlement it reached last month with HMRC, ending a dispute about past taxes stretching back 10 years. Critics have suggested Google, which is planning a Â£1bn new office development in London, received a â€œsweetheart dealâ€.

Three years ago, Brittin told the committee he understood how MPs, the public, some large advertisers on Google â€“ and even some Google UK staff dealing with British advertisers â€“ might feel the group was negotiating and closing sales in the UK. They were, however, mistaken, he said.

Margaret Hodge MP, the then chair of the public accounts committee, told Brittin his firmâ€™s behaviour on tax was â€œdeviously calculated and, in my view, unethicalâ€. She added: â€œYou are a company that says you â€˜do no evilâ€™. And I think that you do do evil.â€

Also appearing before MPs on Thursday will be outgoing HMRC chief executive Lin Homer, along with Jim Harra, her head of business taxation. Both have faced questions on Googleâ€™s tax structures before.

MPs want to know why the chancellorâ€™s new diverted profits tax (DPT), which was designed to stop certain technology groups diverting profits away from the UK, had failed to end Googleâ€™s practice of routing UK sales through Ireland.

George Osborne had promised the DPT would force technology companies to unwind their complex tax structures, which â€œabuse the trust of the British peopleâ€. Commentators and supporters referred to the DPT as â€œthe Google taxâ€.

Google said: â€œAfter a six-year audit by the tax authority we are paying the amount of tax that HMRC agrees we should pay. Governments make tax law, the tax authorities enforce the law and Google complies with the law.â€

Infographic: Budget 2018 at a glance

Folie-a-deux: Reliance on Peta Credlin disabled, but did not kill, Tony...

Why Tony Abbott’s appointment as Indigenous envoy was a diplomatic blunder...

The decoy effect: how you are influenced to choose without really...

Why do we ship Australian Profits Overseas?